Plan Your Gifts for the Greatest Impact 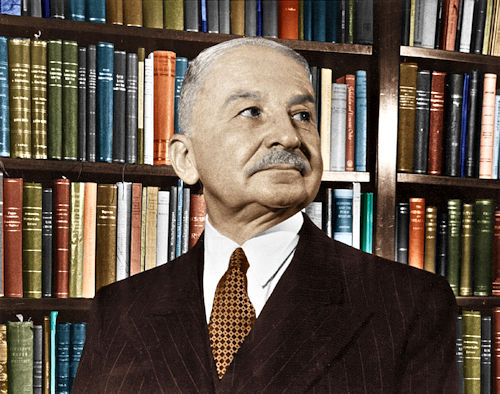 Firmly driven by the power of human choice, Ludwig von Mises based his science of economics on the philosophy that individuals act purposively to achieve their goals. For more than 40 years, the Ludwig von Mises Institute has continued to develop and explore the philosophies of this great economist.

It is the mission of the Mises Institute to place human choice at the center of economic theory, to encourage a revival of critical historical research, and to advance the Misesian tradition of thought through the defense of the market economy, private property, sound money, and peaceful international relations, while opposing government intervention as economically and socially destructive.

Mises once wrote, “A man is free as far as he shapes his life according to his own plans.” Indeed, a planned gift is a wonderful way to live the very philosophy that shaped Mises’s entire science. Planning your gifts and donations to fund the mission of the Mises Institute is a meaningful way to pay tribute. Support of the Mises Institute ensures that the work of Ludwig von Mises and many who have followed will continue to impact the world.

Give a gift to the Mises Institute while also:

From naming us as a beneficiary in your will to life income plans and gift of assets, a multitude of options exist. Your choice to plan a gift to the Ludwig von Mises Institute is a powerful, meaningful way to show support of the tenets of von Mises’s theories while honoring the people you love. We created this site to help you explore all available giving avenues, and we hope what you find encourages you to leave a legacy of support.

“Man’s striving after an improvement of the conditions of his existence impels him to action. Action requires planning and the decision which of various plans is the most advantageous.”—Ludwig von Mises