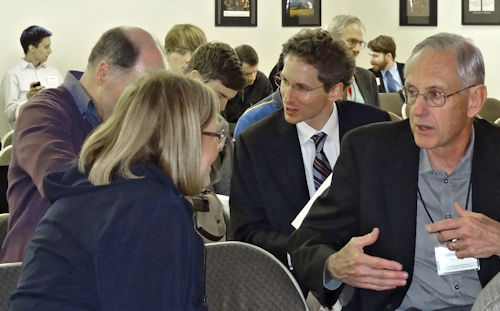 Many Americans have taken advantage of tax incentives provided by Congress to encourage saving for retirement through contributions to Individual Retirement Accounts (IRAs), 401(k)s and similar plans.

In addition to income tax savings at the time contributions are made to such plans, the assets in the plans build tax free over time for future enjoyment.

Amounts held in tax-favored retirement plans are typically not subject to income tax until they are actually withdrawn from the plan by the plan owner or surviving heirs.

You may want to consider including charitable gifts as part of your plans for the future distribution of any balances remaining in your retirement plans at the end of your lifetime. Because they are included as part of one's estate at death, the assets in tax-favored retirement plans can be subject to federal and/or state estate taxes.

In addition, when heirs receive the balance of retirement plans after payment of estate taxes of up to 40%, income tax may also be due on net amounts received —37% or more—depending on state income taxes and other factors. The combination of income and estate taxes that could eventually be levied on retirement accounts may, in some cases, amount to a large portion of an account's value.

You may also find that your retirement plan can also at times be a convenient "pocket" from which to make charitable gifts to Ludwig von Mises Institute for Austrian Economics this year.

Although you may be required to report the income on your tax return, when you itemize your deductions, you could take a corresponding charitable deduction for your gift.

If you are able to deduct the full amount of the gift/withdrawal, this can often result in a "wash" for federal tax purposes and ensure these funds will, in effect, never be subject to gift, income, or estate taxes. Even taxpayers in the highest income tax brackets where itemized deductions may be limited can find this strategy attractive.

Those aged 70 ½ or older may wish to take advantage of an additional tax benefit by choosing to make their gifts using funds from a traditional or Roth IRA.

It is possible to make charitable gifts directly from IRAs to qualified charities annually in a total amount up to $100,000 free from federal income taxation. The income tax laws of most states allow tax-free treatment as well. Check with your tax advisor.

This provision applies only to IRAs and not to 401(k)s, 403(b)s and other tax-favored retirement plans. Gifts must be made directly to a qualified charity and may not be made to donor advised funds, private foundations or supporting organizations or to fund trusts and similar life income gift arrangements.